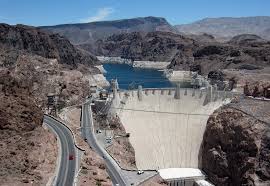 Electricity from the dam’s powerhouse was originally sold pursuant to a fifty-year contract, authorized by Congress in 1934, which ran from 1937 to 1987. In 1984, Congress passed a new statute which set power allocations from the dam from 1987 to 2017. The powerhouse was run under the original authorization by the Los Angeles Department of Water and Power and Southern California Edison; in 1987, the Bureau of Reclamation assumed control.

On December 20, 2011, legislation extending the current contracts until 2067 was signed, after setting aside 5% of Hoover Dam’s power for sale to Native American tribes, electric cooperatives, and other entities. The new arrangement will begin in 2017.

Pay your utility bill on our website securely. Simply use the link on the pay bill page.

1. Set thermostat at a comfortable level in the summer and winter months.
2.Use compact fluorescent light bulbs.
3. Tu rn off your computer and monitor when not in use.
4. Change air conditioning or furnace filters on a regular basis.
5. Lower the thermostat on your hot water heater to 120 F.6.
6. Plug home electronics, such as TVs and DVD players, into power strips; turn the power strips off when the equipment is not in use (TVs and DVDs in standby mode still use several watts of power). Make sure air vents are not obstructed.

With summer around the corner, lawn watering season begins. Here are some tips to water your lawn efficiently.

When should I water my lawn?

You should water your lawn before 10 AM or after 6 PM to prevent rapid evaporation of water. This will ensure your lawn gets the most water most efficiently.

How often should I water my lawn?

It is recommended that you water your lawn no more than twice per week. This will help your lawn grow deeper roots that are more water efficient and drought resistant. This is for more well-established lawns. Newer lawns and potted plants may require more frequent watering.

How much should I water my lawn?

This depends on your soil make-up. It is generally recommended that you do not water more than one inch per week. A bit more during dryer, hot spells. A little less during cooler times.

120 years goes by fast! We are celebrating the 120 year anniversary of serving public power for the great community of Cumberland.